Bought our own boat!

Buying our own narrowboat had long been a dream for our retirement.

However 2014 brought a variety of challenges including serious health problems involving weeks of hospital. Thankfully that had a happy outcome but it does focus the mind...

So we made a decision to start looking seriously at narrowboats with a view to getting something sooner rather than later.

We had envisaged months of web browsing and trips around the country looking at potential purchases. However it didn't quite work out like that...

We had both independently seen a boat called "Mrs D" on sale at Venetian Marina but it was a bit more than we wanted to pay. 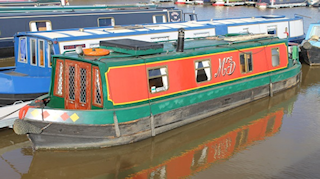 Then at the end of April, Venetian Marina held an Open Day...

"Mrs D" was not only still for sale but... reduced in price for the Open Day!

Well, we got the keys and had a look at the boat, then a look at each other. From that moment it was pretty much a done deal. A few minor details like the survey and sorting out the finance, insurance, licence, mooring etc. but by mid-May we had bought ourselves a boat!

She has everything we need to get started on this new adventure from pots and pans to life-jackets and an axe for chopping wood. 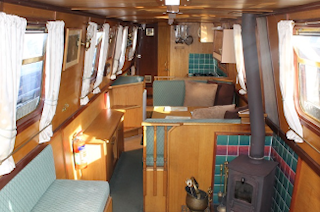 She is a 35ft cruiser stern with an open plan layout inside. No fixed beds but the dinette converts to a double bed and one of the benches converts to a single bed. 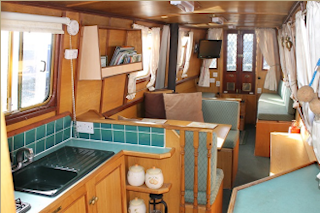 There are a few minor works to be done before we take possession which is planned for end of May with our CRT licence starting 1st June. Can't wait!